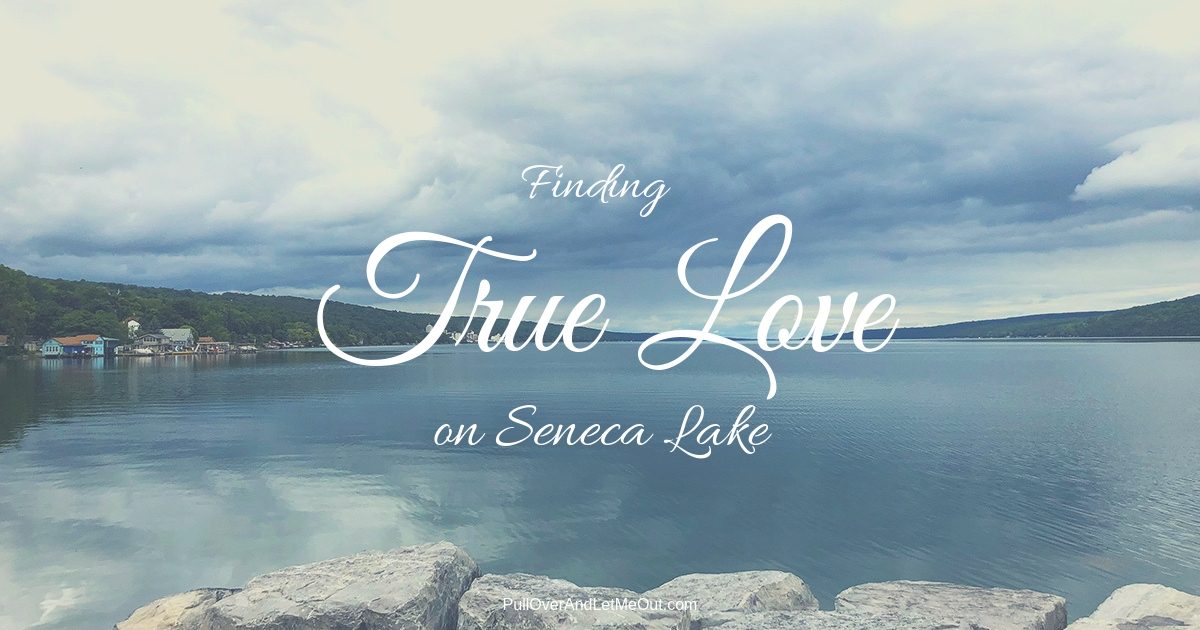 What do Cary Grant, Katherine Hepburn, Bing Crosby, Grace Kelly, and I have in common?! We’ve all sailed on the True Love!

I was in the New York Finger Lakes region for the TBEX North America convention. TBEX stands for Travel Bloggers Exchange and it’s one of the biggest gatherings of travel bloggers in the country. While there, I joined a pre-conference tour.

When I signed up for the tour, I only knew I’d be sailing on a schooner. I had no idea I’d be boarding the vessel featured in two of my favorite classic movies.

Thus, I was overjoyed to sail on the True Love which played a role in the 1940 film, The Philadelphia Story and was also featured in the 1956 musical version High Society.

Most ads you see on this site are affiliate links. If you click through and make a purchase I’ll get a small commission and it won’t cost you any extra. So, thanks in advance for helping me keep bringing you the content you enjoy! 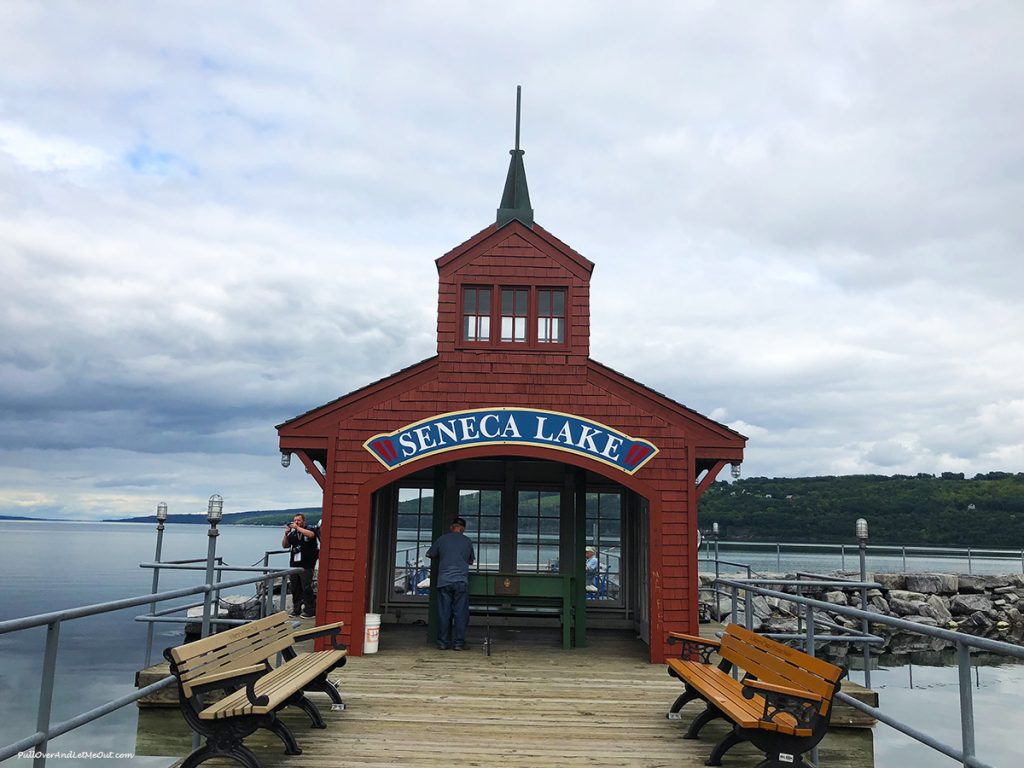 The lake’s history and ecology make it a fascinating maritime destination in and of itself.

Seneca Lake is the largest and deepest of the glacial Finger Lakes in New York. The 38-mile long lake has an average depth of 291 feet and is 618 feet at its maximum depth. The cool calm waters are replenished by underground springs meaning it has little chance of freezing over in the winter months.

Below the surface, from cold water fish to Atlantic salmon in the deep ends to the perch and bass in the shallower end, the lake is alive with underwater activity.

Above the surface, the lake is a nautical delight for watercraft, especially sailboats. Cruising on the True Love 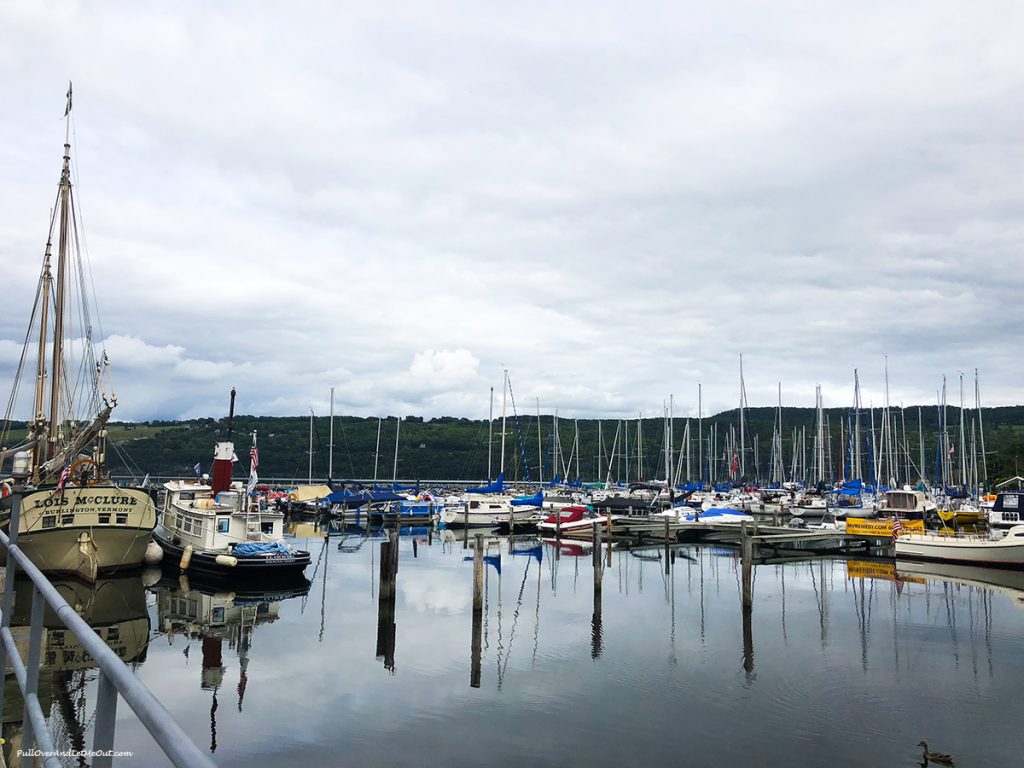 True Love is docked at Seneca Harbor in Watkins Glen, New York. The charming town most renowned for its annual NASCAR event is a wonderful starting point for touring the region and discovering Seneca Lake.

Board the historic schooner and set sail for a magical one-and-a-half to two-hour journey on the tranquil waters.

On our trip, the skies were gray with patches of blue persistently trying to pop through the heavy cloud covering.

The sails were raised which made for a lovely cruise enhanced by views of the treelined shore and impressive waterfalls along the way.

The boat seats 22 passengers and there’s a head below if necessary. True Love has a liquor license and we were treated to delightful wines from nearby Seneca Lake wineries which made the trip all the more special.

My she was yar.

One of the best aspects of travel is the unexpected discoveries. Finding True Love is one of these fortuitous travel moments.

I’d known I’d be sailing but didn’t realize I’d be living out a favorite movie moment. Furthermore, I met some friendly people onboard and learned about the history of the area.

Even better, I had the movie song stuck in my head the entire time.

My she was yar! 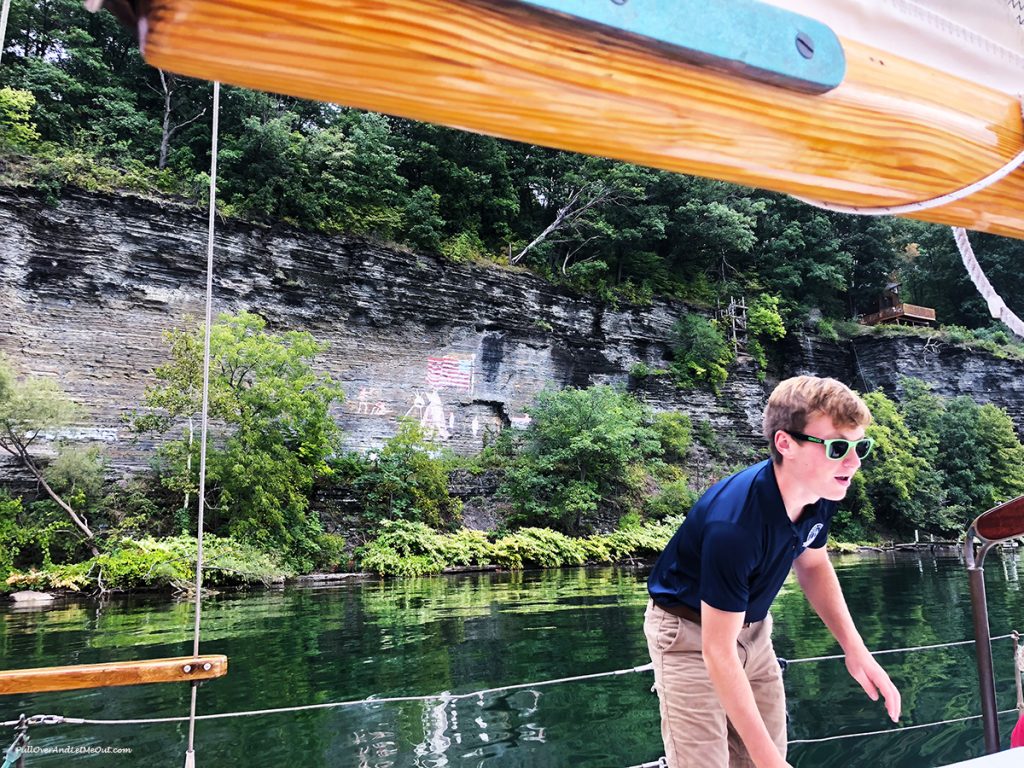 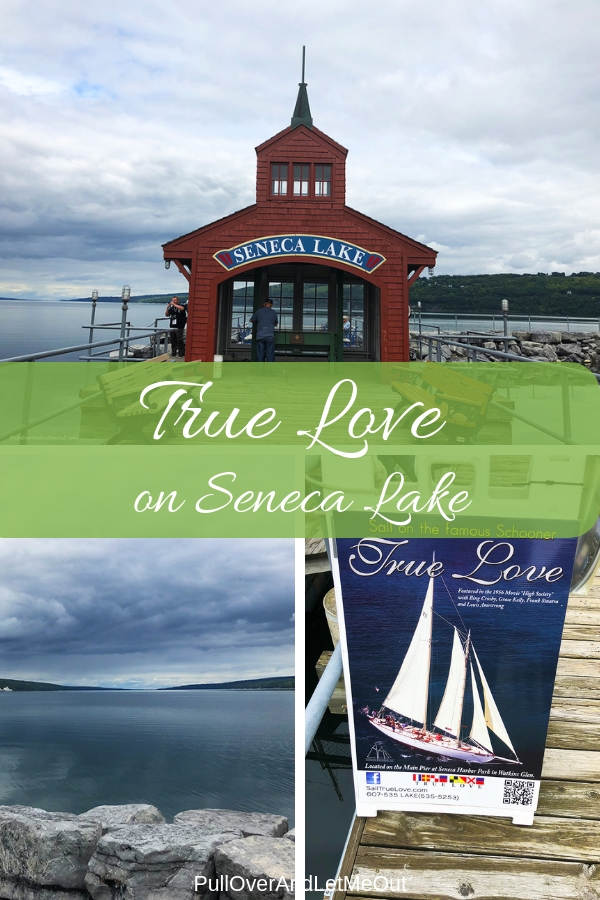