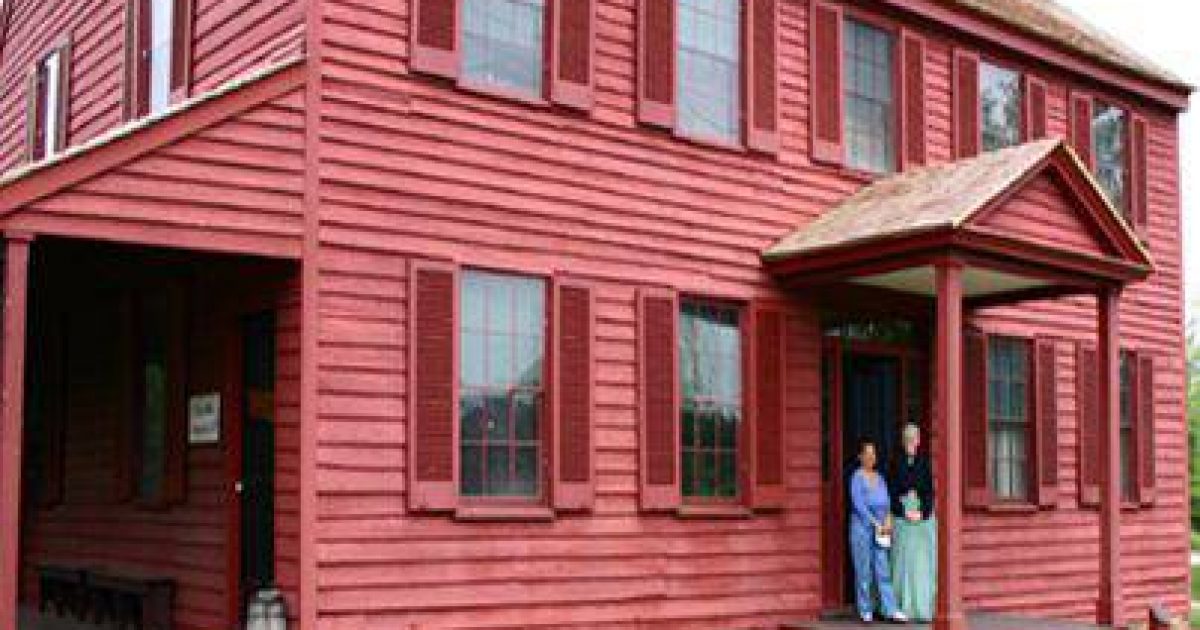 Surratt House and Museum; home of the first woman executed by the US government

Have you ever visited a place and for some reason it stayed with you?

I’m not talking about fond memories. I’m talking about a feeling you had while visiting. A feeling that enveloped you and for whatever reason when you think about it you remember those emotions.

Mary Surratt’s home in Clinton, Maryland is such a place for me.

Mary Surratt was convicted of conspiring with John Wilkes Booth to kill President Abraham Lincoln. As a kid my father took us to see her home. I remember the eery sensation I had walking through the house. It was especially haunting while upstairs in one of the bedrooms.

My visit was such a profound experience that when I became a travel writer I knew one day I’d write about the home of the first female executed by the government of the United States of America.

The house is in Clinton, Maryland about 15 miles away from Fords Theater where Booth shot Lincoln on April 14, 1865.

Built in 1852 as a middle class plantation home it also served as a tavern, a post office and a polling place in the years leading up to the Civil War.

Surratt’s husband died suddenly in 1862 leaving her with substantial debt. Her eldest son was off fighting for the Confederate Army so it was left to her youngest son John to help his mother.

However, this was a nation at war and eventually John began working as a Confederate courier. His associations would introduce his mother to a variety of people fighting for the rebel cause. Before long, Mrs. Surratt’s home became known as a stop-over or “safe house” for Confederate spies.

I spoke with Laurie Verge of the Surratt House and Museum and as she puts it, “Mary Surratt knew the wrong people at the wrong time.”

In 1864 Surratt rented the home in Maryland to John Lloyd and with her daughter Anna moved to her other home in Washington, DC to run it as a boarding house. It was in the boarding house a conspiracy to kidnap Lincoln was devised. It was here she met actor John Wilkes Booth.

There is much conjecture as to precisely what Mary Surratt knew and how deeply she was involved in the kidnapping conspiracy or if she knew Booth’s plans had changed. Did she know he was going to assassinate the 16th president?

Regardless, in those turbulent days following the killing of Lincoln, events played out rapidly.

She was questioned and later arrested. A tenant and boarding house guest testified Surratt knew of the plot to kill the president. According to John Lloyd, Surratt kept ammunition and supplies at the Maryland home and had sent word to have “shooting irons” ready for Mr. Booth to pick up.

Ultimately, she was convicted on the law of conspiracy or vicarious liability. Simply put – upon entering into the conspiracy she was as responsible for what happened as a result of the conspiracy as any of the others involved.

When the verdict came in, four went to prison and four were sentenced to death. Justice moved swiftly and on July 7, 1865 Mary Surratt became the first American woman to be executed by the United States government.

The project to turn Surratt’s home into a historic landmark began in the early 1960’s and restoration finally began in 1973. On May 1st 1976 the Surratt House Museum opened its doors to the public.

In the years since opening more of the surrounding grounds were acquired and in 1988 a visitors and research center was added. Today the Surratt House and Museum is a popular destination for Civil War buffs, school groups and families.

Verge also notes since the release of the film “The Conspirator” more people have discovered this piece of history in Southern Maryland.

In addition to the house and museum several programs attract visitors. The most popular of these is the John Wilkes Booth Escape Route Tour. Each fall and spring the Surratt Society sponsors a bus tour of the escape route Booth took from Washington, DC to the Garrett Farm near Bowling Green, Virginia where he met his demise. The tour condenses to 12 hours what took Booth 12 days in 1865 and is so popular it’s booked six months in advance.

When I spoke with Verge I couldn’t help asking about the uncomfortable feelings I had on my visit so many years ago. I had to know – is the Surratt house haunted?

At least once a month Verge gets requests from paranormal researchers wanting to investigate but she politely declines.

The house has such a fascinating history she never wants a ghost story to over shadow the larger story of the home that belonged to the first woman put to death by the government of the United States of America.