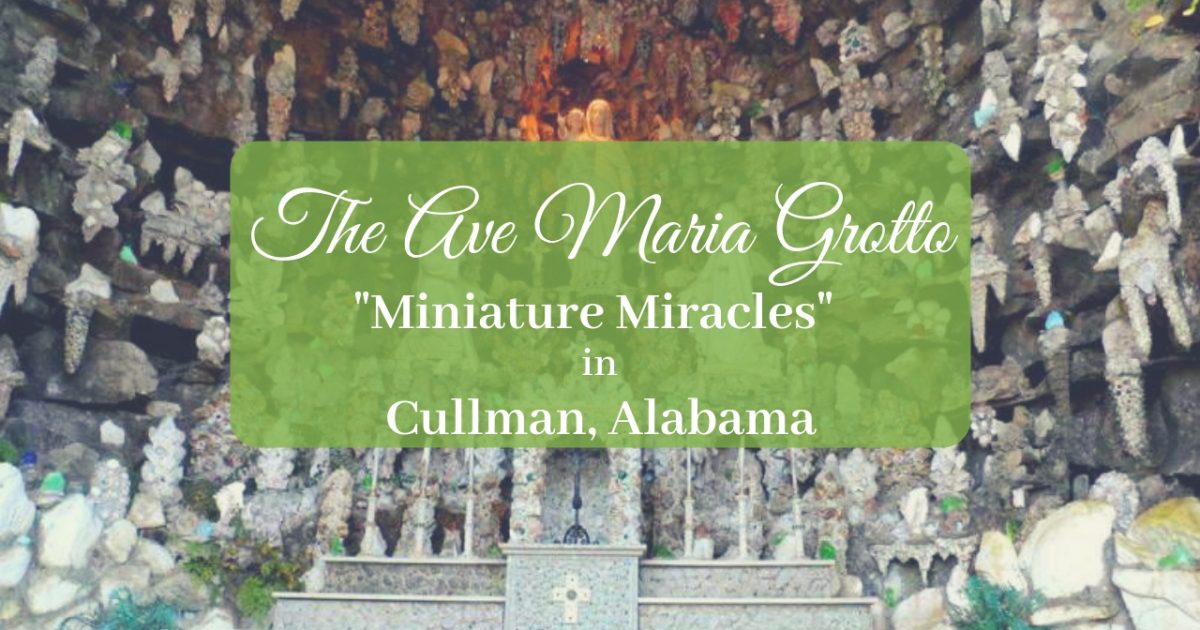 Driving through Alabama we stopped for the night in the town of Cullman. Cullman is about equal distance between Huntsville to the north and Birmingham to the south. It was the necessity of a place to spend the night which placed us in the town. It was a well-positioned brochure rack in the hotel lobby that directed us to the Ave Maria Grotto.

Arriving at the Ave Maria Grotto shortly after opening time added to the beauty and calmness of the setting. Being the first guests of the day – we had the park to ourselves.

I arrived with no preconceived notions.

Is this a tourist trap?

Is it a waste of time?

Is it worth the price of admission?

I was simply curious to see what it was all about.

Located on the grounds of Saint Bernard Abbey, the Ave Maria Grotto is the creation of one talented Benedictine Monk, Brother Joseph Zoettl (1878-1961).

Brother Joseph has a compelling story. Born in Bavaria, he suffered poor health as a child and almost died of flu that swept through Europe when he was a teen.

In 1892, to his family’s surprise, he chose to live a religious life.  He left home to begin that religious life in America at the Abbey in Cullman. Saint Bernard Abbey is a Catholic monastery founded in the late 1800s.  Its mission; educating and ministering to the spiritual needs of German-speaking Catholic settlers in Northern Alabama.

While at the abbey Brother Joseph began making miniatures as a hobby. He fashioned beautiful small statues and grottos that soon brought him notoriety. Eventually, his talent led to a request that he build a much larger grotto. From there – the rest of the display in the park would follow.

Nestled along a wooded trail in what was once a quarry, the Grotto of the Blessed Virgin Mary is surrounded by 125 reproductions of famous buildings and bible scenes. Brother Joseph lovingly crafted these “Miniature Miracles” in the woods which attracted visitors from all over. Today, the site continues attracting guests curious to see Brother Joseph’s vista of art and religious devotion converging with a sylvan backdrop.

As I walked along the pathway the peaceful sound of birds chirping as the rising winter sun forced its light through the trees – I was moved by the artful creations which are both simple and awe-inspiring. Brother Joseph utilized common materials like cement, shells, stones, broken pieces of this and that – anything people would send him to fabricate his wondrous display.

Most impressive is the work he did on the Grotto.

The centerpiece is a marble altar he painstakingly covered in a mosaic of tile. Cement stalagmites and stalactites cover the interior of the cave drawing the eye to its natural focus – the statue of the Blessed Mother holding the baby Jesus.

After spending a good part of an hour strolling the path in the quiet solemnity of the 4-acre park, I felt an almost mystical sense providence played a role in my finding the Grotto. I hadn’t journeyed to Cullman in search of an uplifting, spiritual experience but had serendipitously found one.

Why did that pamphlet at the hotel catch my eye?

As I travel, it’s always the unexpected beauty I find most striking and the unanticipated discovery I find most memorable. I think Brother Joseph still inhabits those woods at Saint Bernard’s Abbey. Perhaps that’s why I depart with the comforting feeling he was smiling down on me as I admired his legacy of beauty. 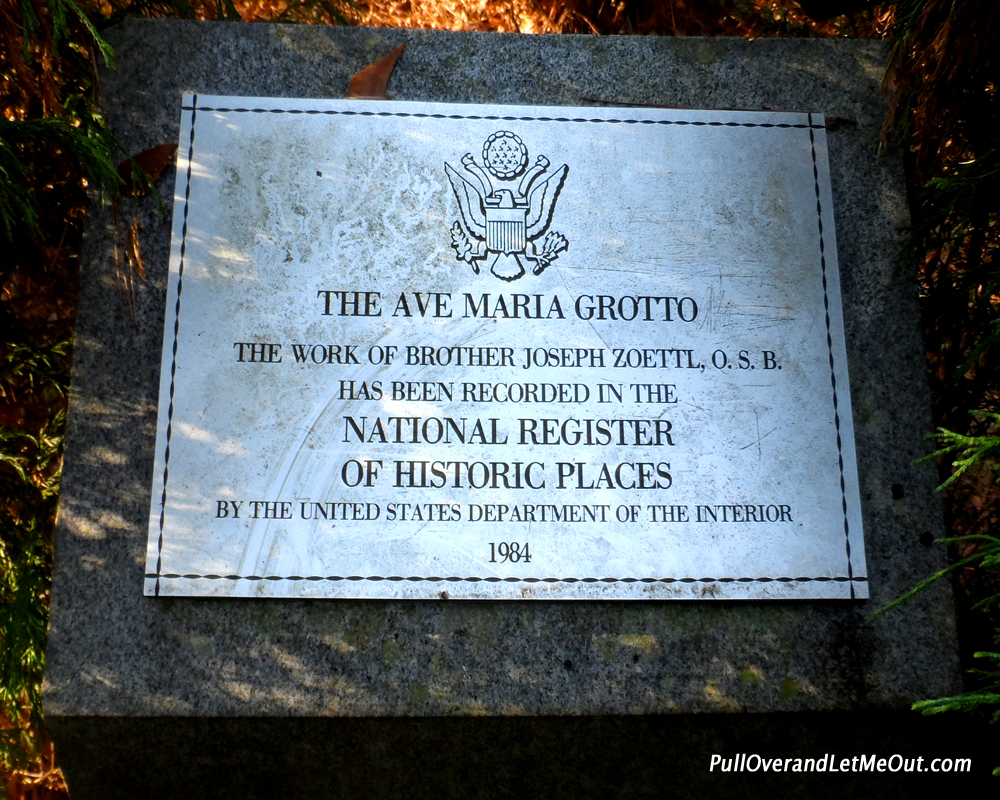 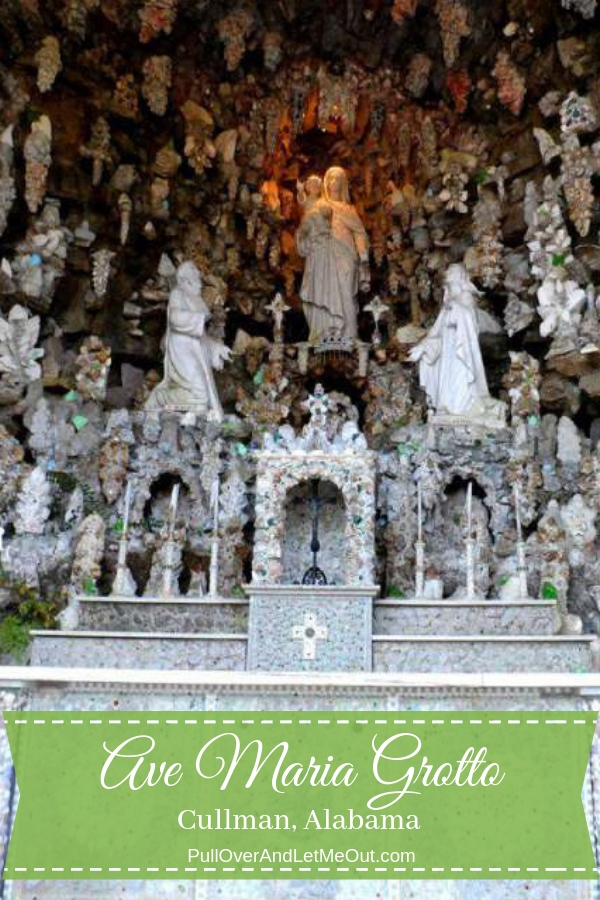