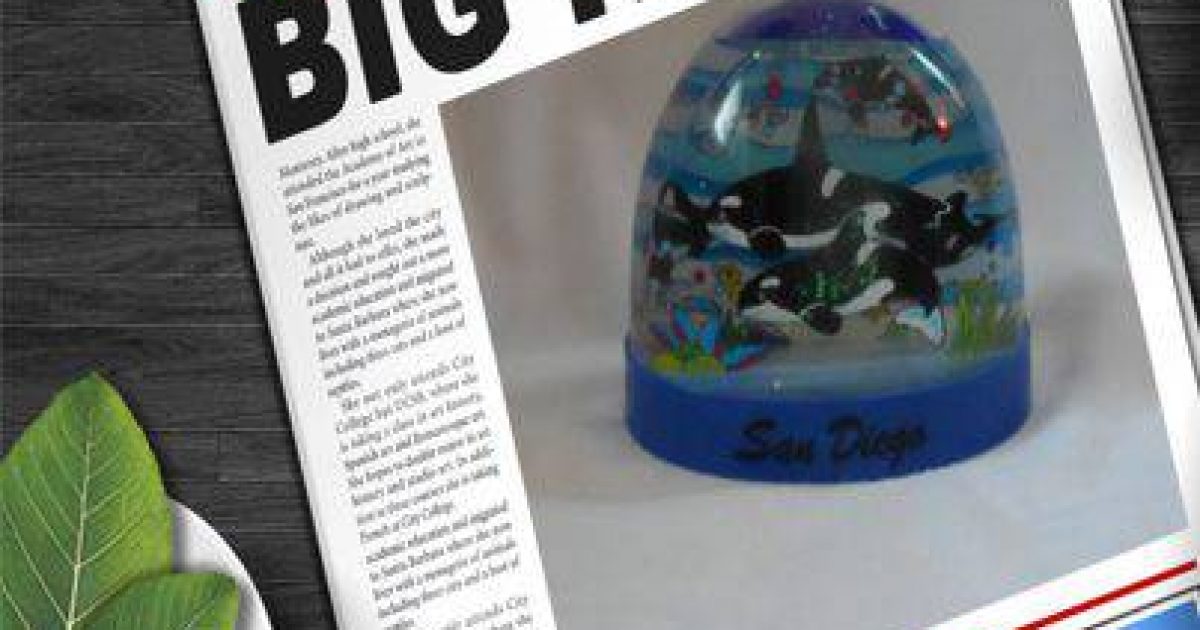 Shamu is a whale so to say, “Shamu can’t fly” isn’t an unusual statement. It’s rather intuitive. However it’s a lesson I learned from a friendly TSA agent.

Wait – you might be scratching your head and thinking, “a friendly TSA agent?”

Yes, I did indeed meet a friendly TSA agent while flying out of San Diego a couple years back.

My mother and I had attended a family wedding and were departing for home. I dropped Mom at her terminal and headed over to wait for my plane. I was early for my flight so I checked in and proceeded to security at a leisurely pace.

I had unwittingly committed a big “no-no.” I was transporting contraband in my bag.

The agent reached in my tote, pulled out the suspect package, unwrapped it, looked at me and said, “Shamu can’t fly.”

My mother had purchased a Shamu snow globe for me to carry home to my son.

I tilted my head to the left, as I’m wont to do when something doesn’t compute and said, “but it’s less than 3 ounces of liquid.”

To this he replied, “yes, but snow globes of all sizes are banned.”

I felt like I’d done something horrible.  For a fleeting moment it was as if this consummate rule-follower had rebelled against the man and got caught.

After those first thoughts passed through my mind I realized how asinine the offense.  I tilted my head to the right, as I’m wont to do when I’ve had an ah-ha moment and said, “Really? No snow globes on planes?”

The man in blue was very nice and I got the impression he felt it was a bit silly, but rules are rules. However, rather than taking Shamu and pitching him on the trash pile of too large tooth paste, diaper creme, perfume and mouth wash, he said to me, “if you hurry, maybe you can catch your bag and put it in your checked luggage.”

At this I scooped up Shamu, put on my shoes, grabbed my tote bag and dashed back to the counter in time to put the snow globe in my suitcase!

Is there a moral to this story?

I guess so. Perhaps it’s that there are still some nice TSA agents out there despite the bad ones we hear about.

Maybe the moral is to check the TSA website before flying to make sure you’re not overlooking something that’s banned.

Or it could be something as simple as snow globes are silly souvenirs.

What ever the case may be, let this be a warning to all people who travel; a snow globe will not get through security with you.

By the way, the same snow globe was for sale in the gift shop next to my gate.

Oh, and one small observation/question.  Have you ever seen a TSA agent change their gloves?  #germs

UPDATE: This just in; Shamu may get to fly soon!  Details