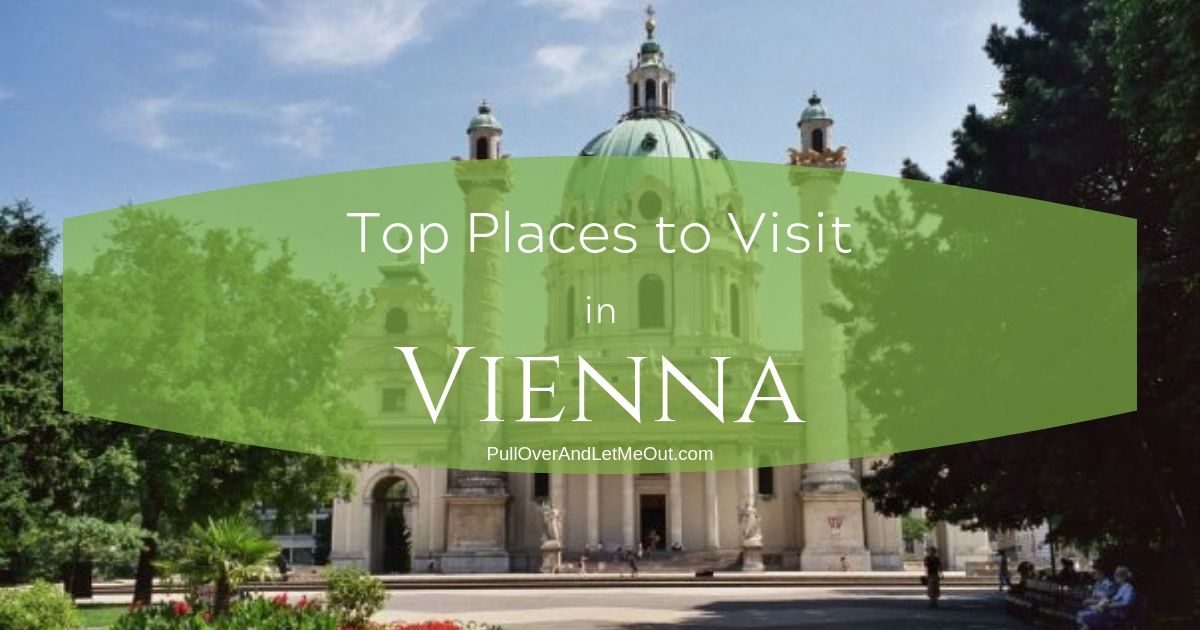 Top Places To Visit in Vienna 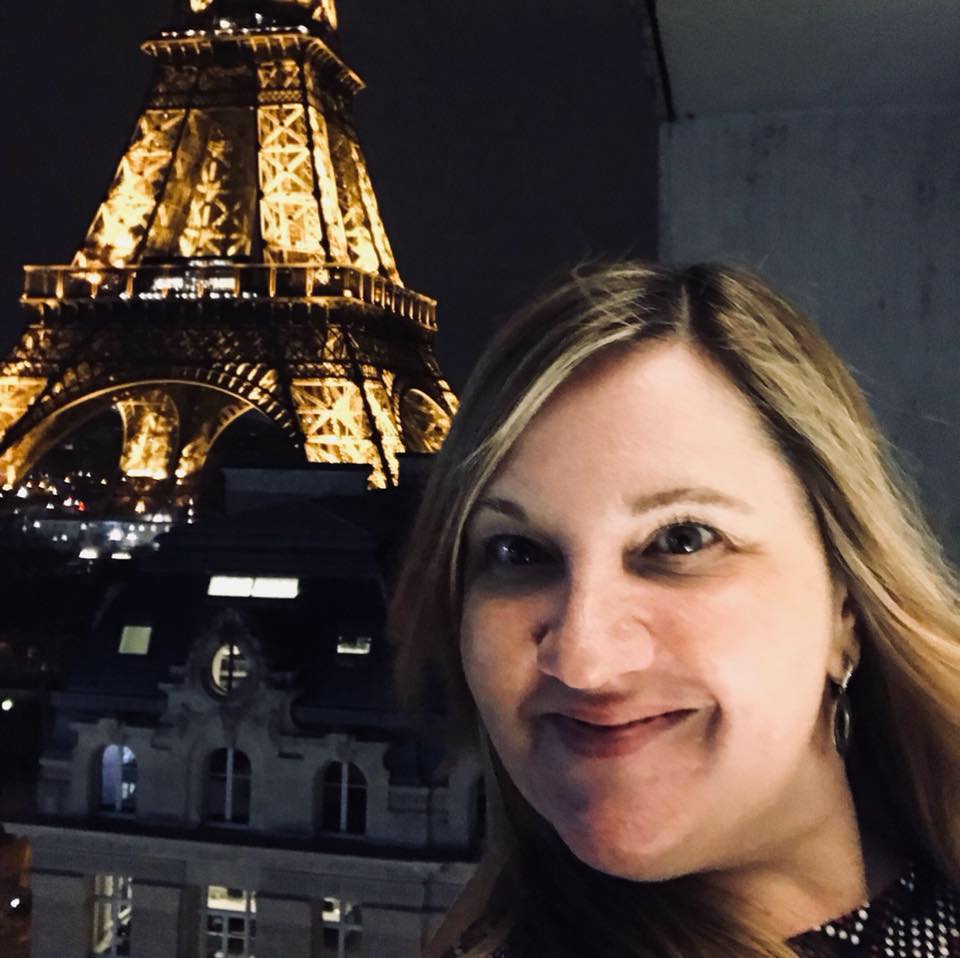 As talk of summer travel abounds, I hear mentions of the usual hot spots – Paris, London, Rome – but rarely do I hear travel plans to Vienna. Having fallen in love with Vienna while studying abroad, and from visits thereafter, this surprises me. Situated on the Danube river, and with architectural wonders on seemingly every corner, Vienna delivers everything one could hope for from a European vacation and then some. No matter if you plan to spend a week, or only a few days, Vienna is a beautiful and safe city that has much to offer. Here are a few of the top places to visit in Vienna.

The center of gravity for any visit to Vienna, the capital of Austria, is the “Innere Stadt,” or inner city. This historical city center, recognized as a UNESCO World Heritage Site, dates back to 500BC as a Celtic settlement and later in 15BC as the Roman settlement Vindobona – remember the opening scene in the movie Gladiator? Evidence of these Roman origins can be seen in the ruins at the Michaelerplatz square adjacent to the Hofburg Palace.

The Palace, now a museum and official residence and workplace of the Austrian President, is one of many historical or architecturally important buildings in Vienna. Vienna’s past as the capital of the Austro-Hungarian empire, fueled by the wealth and power of the Hapsburg monarchy, led to its rise as a musical and cultural epicenter of Europe. For me, this is where the fun begins on why the Vienna of today is such a visually stunning and culturally impressive travel destination.

A walk through the Innere Stadt affords many opportunities to experience the Vienna of old and new. Steps from the Hofburg Palace is the Kohlmarkt – one of the oldest streets in the city with centuries-old architecture amidst modern upscale shops such as Gucci and Prada. Continuing along the Kohlmarket to the Graben, another pedestrian thoroughfare, visitors find more shopping and significant architectural or cultural monuments such as the gilded Pestsäule, or “plague column,” which was erected in 1679 to celebrate the end of the Great Plague that nearly destroyed Vienna and claimed as many as 75,000 of its citizens.

Continuing along the Graben you come to Stephansplatz and what many believe is the crown jewel of Vienna – St Stephen’s Cathedral. Considered the most significant religious building in the city, and the current seat of the Archbishop of Vienna, St Stephen’s was built in 1160 and embodies both Gothic and Romanesque architectural styles.

Among its many interesting artifacts is a memorial to one of Vienna’s most celebrated citizens – Wolfgang Amadeus Mozart. Mozart was married in the cathedral, served as its musical director, and was eulogized upon his death in its Chapel of the Cross. His nearby apartment, the Mozarthaus, is now a popular museum. Vienna was home to many of today’s musical or cultural icons including Mozart, Beethoven, and Sigmund Freud. 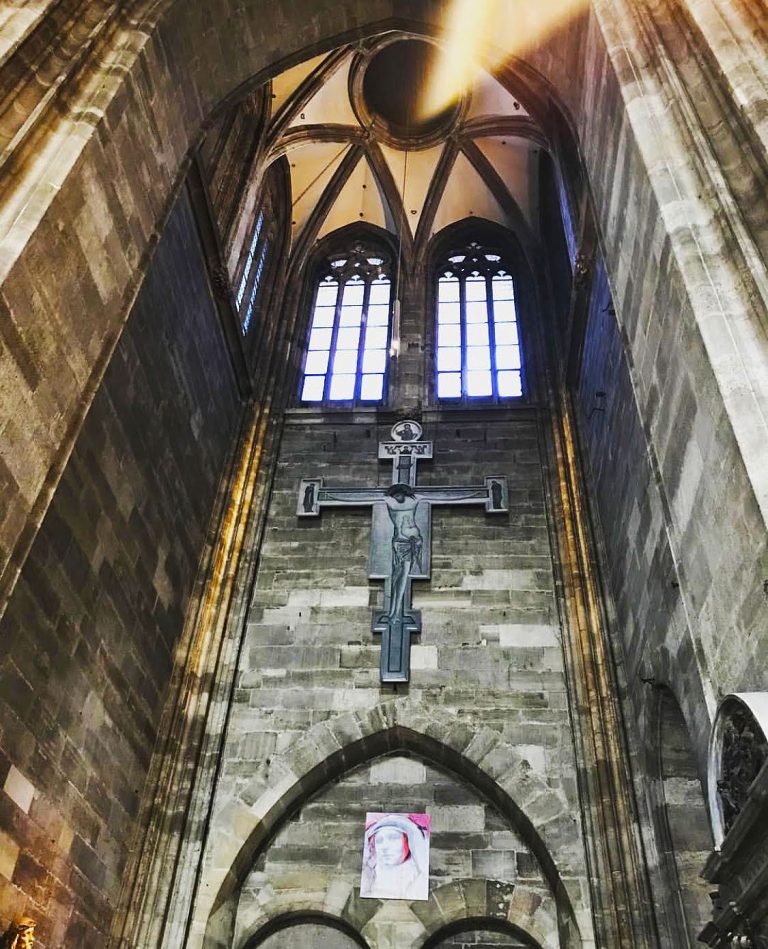 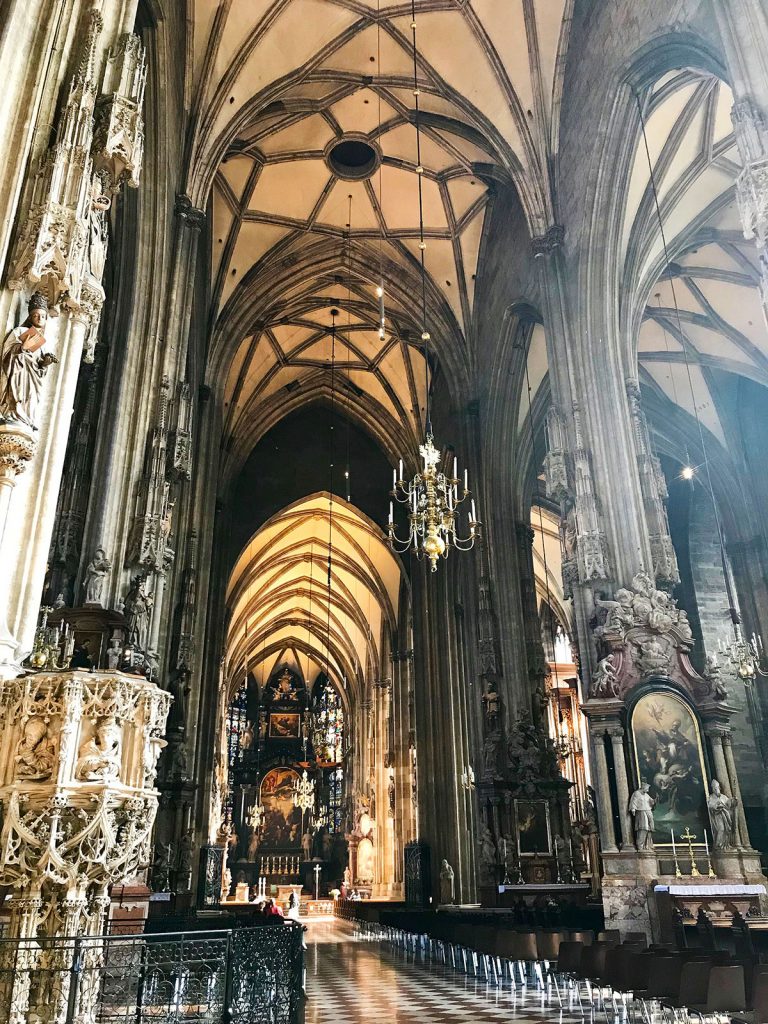 Close to the Innere Stadt is the Ringstrasse or Outer Ring. A walk along the beautiful tree-lined “Ring” leads to many of the city’s important attractions including the Kunsthistorisches Museum, one of Vienna’s largest art museums, the nearby Museum of Natural History, the Staatsoper, considered one of the leading opera houses in the World (hello, the Vienna Waltz), and the Rathaus (City Hall).

My favorite attraction nearby is Karlskirche – the St Charles Cathedral. Although considered a baroque masterpiece, Karlskirche has many architectural elements from other periods such as its Greek columns flanking the facade depicting scenes from the life of Saint Charles Borromeo to whom the cathedral is dedicated.

Accommodations on the Ring are ideal given their proximity to the historical city center and other nearby attractions. My go-to hotel is the Le Meridien – a modern hideaway amidst centuries-old buildings – and a short walk from my favorite museum, the Albertina.

The Albertina, once the residence of the Hapsburg monarchy, is small and easy to navigate – think opposite of the Louvre. On a recent visit, I was lucky to experience the Claude Monet “A Floating World” exhibit showcasing 100 of his works including many paintings from his water lily series. Visitors can also tour several State Rooms from the former monarchy’s private residence.

If something on a grander scale is more your taste, a reasonable walk from the Albertina is the Belvedere Palace. The Belvedere, a former royal residence, and another World Heritage Site is considered one of the finest examples of baroque architecture in the world. It houses a large collection of Austrian art, many internationally important pieces, and the world’s largest collection of Gustav Klimt (another of Vienna’s notable citizens) paintings – including The Kiss and Judith. What da Vinci’s Mona Lisa is to Paris, Klimt’s The Kiss is to Vienna.

A Taste of Vienna

If all of this leaves you needing an energy boost, you’re in luck because Vienna is home to many sidewalk cafes offering coffee, local wines, beer, of course Wiener Schnitzel, and a variety of confections including the city’s famous Sacher torte. Patrons line up at Demel to purchase hand-crafted chocolate and dine on “confectionary art” – perfect for an art-loving city like Vienna. I prefer a stop at Julius Meinl am Graben to grab a few gourmet treats to take home, sip a cappuccino, and enjoy one of my favorite of all Vienna pastimes – people watching. 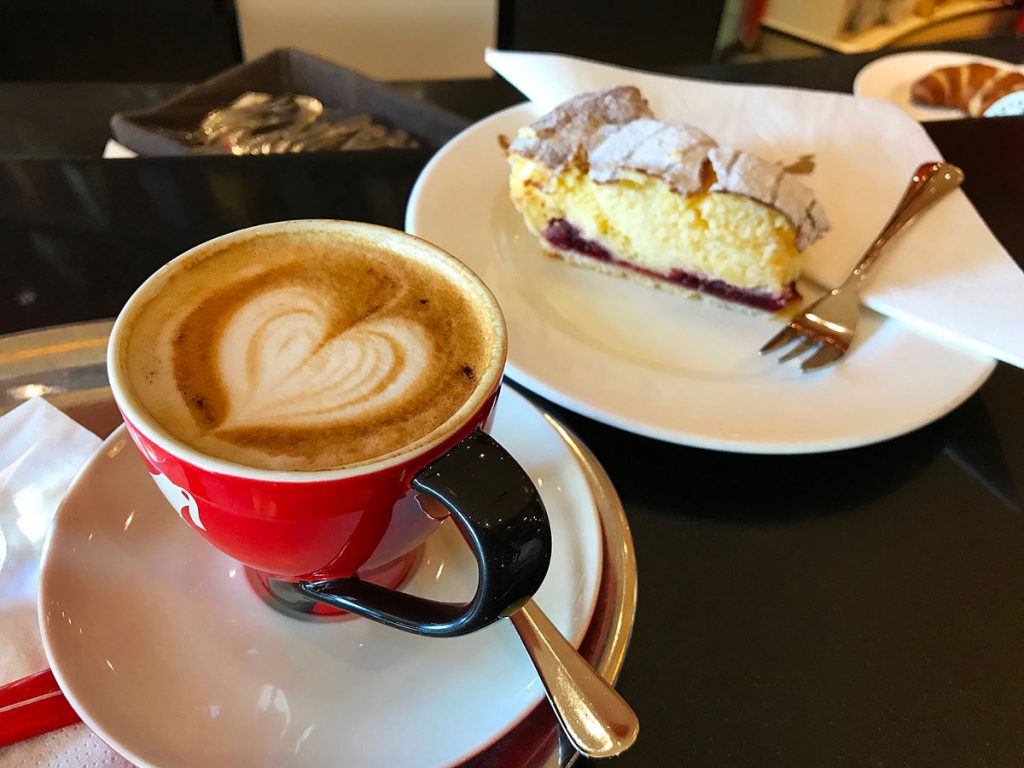 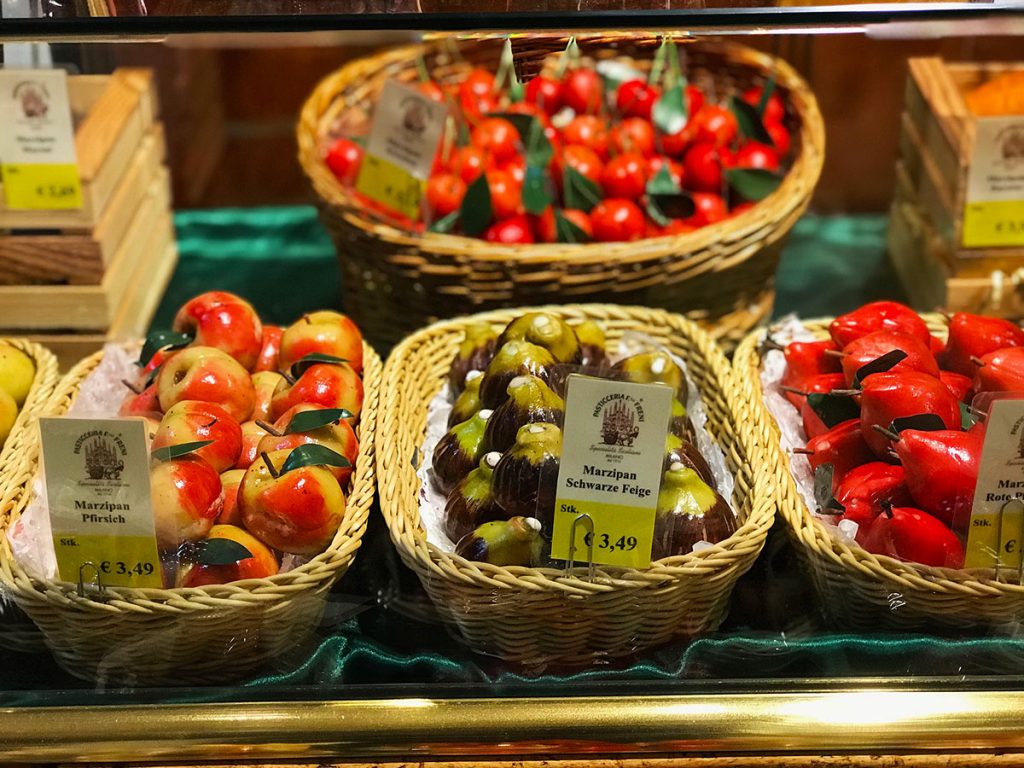 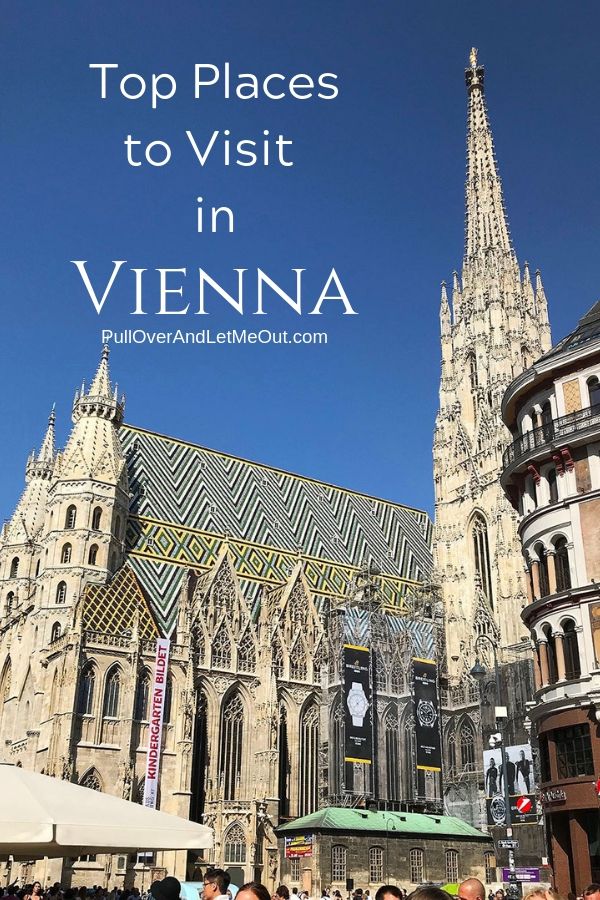 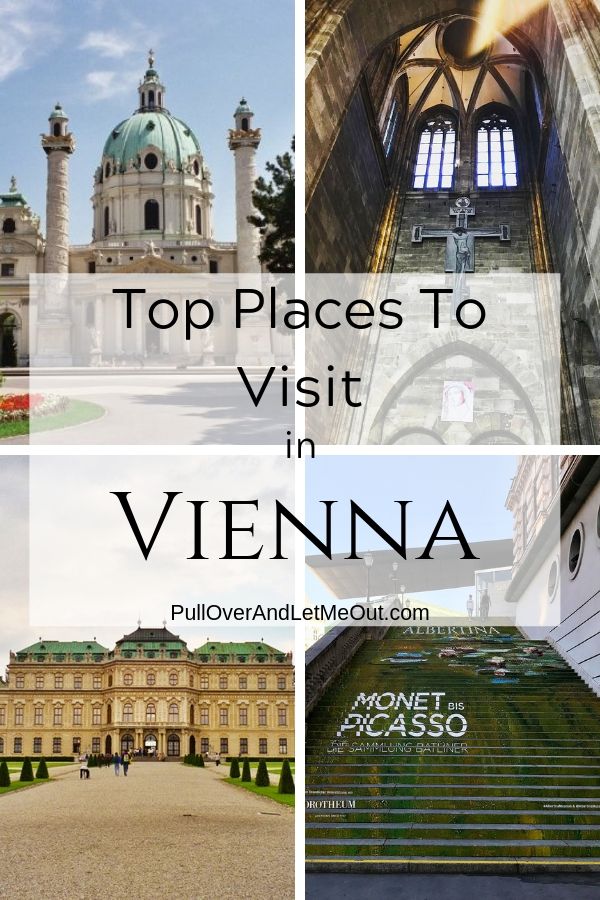 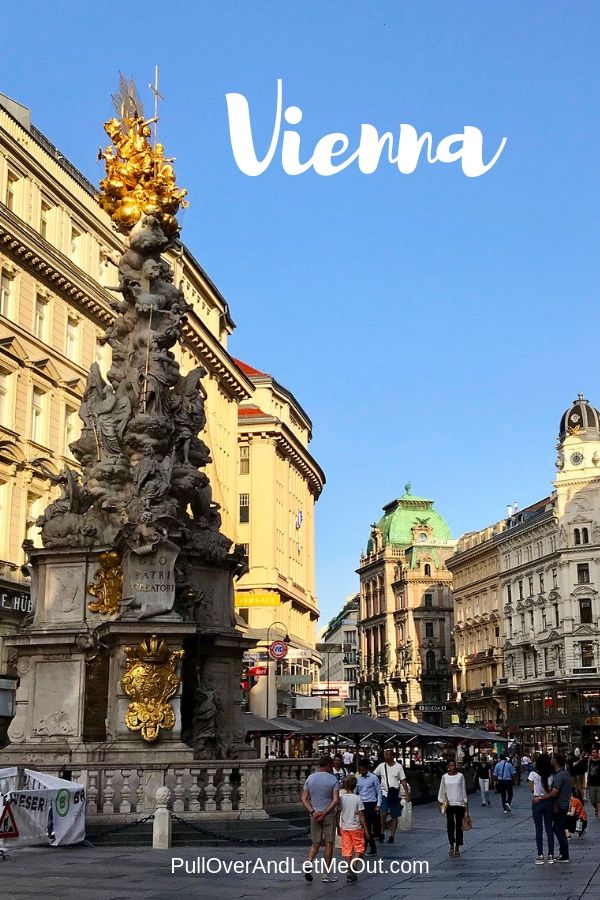