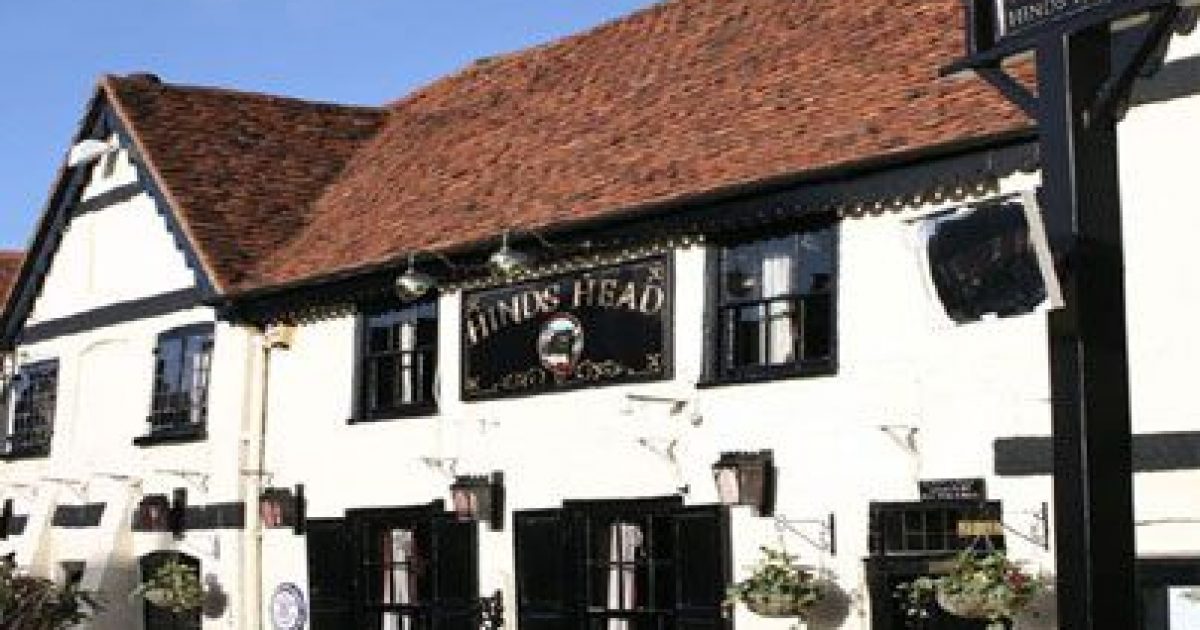 A visit to the Hinds Head in Bray; neighbour to the Fat Duck in iconic village

A guest post by Michael Hepworth of Perfect Travel Today 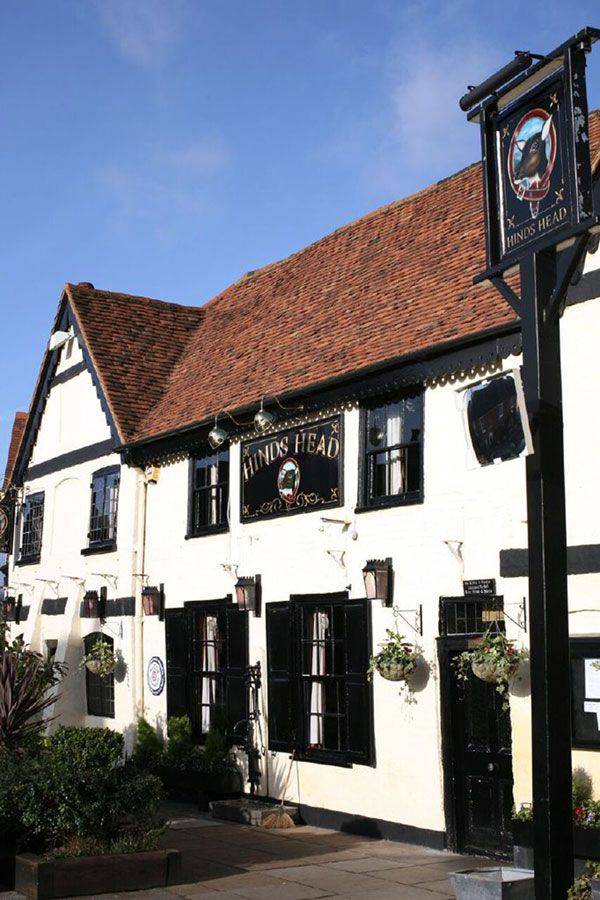 The HINDS HEAD in the picturesque village of Bray in Berkshire, England, is one of three owned by superstar chef Heston Blumenthal (HB) of FAT DUCK fame, and the Michelin 1 Star pub is located right next to the Fat Duck sharing a parking lot. A visit there on a cold November day for lunch was quite memorable for several reasons, including of course the food. Even if you are in the area and not hungry, this is a great place just to have a drink at the bar.

The Hinds Head is a listed building dating back to the sixteenth century but was converted into an inn in 1801. Numerous owners held court until 1928 when nightclub owner Kitty Henry took over and bought the next door property and expanded the kitchen. Her manager, Ronald Neame, really took the place to the next level with fine dining, until he was replaced in 1941 by his secretary due to his extravagant life style. Neame was so influential in creating the Hinds Head reputation that a painting of him still hangs in the restaurant.

The menu does change slightly each day and at noon on a Tuesday I was the first one in the restaurant, but it soon filled up with locals and visiting businessmen enjoying a high class, leisurely lunch. Starting out with the famous Scotch Egg of the chef, that was quickly consumed along with the must try, “Devils on Horseback,” which simply put is a date surrounded by Parmesan Ham. Another great starter is the Terrine of Pork and Cambrian Ham with the world famous Piccalilli.

When it came to the main course I was sorely tempted by the Fillet of Duck which is served with beetroot, barley and turnips, but instead I was convinced to go for the Oxtail and Kidney Pudding which is served in a suet crust and a pretty substantial lunch. The meat is cooked for 24 hours and comes with an extremely rich sauce that was memorable to say the least. Throw on the famous HB Triple Cooked Chips (French Fries) and you really have a feast.

Other main courses of note on offer this particular day included a Chicken, Ham and Leek Pie and the Bone in Sirloin of Veal with cabbage and onion in a special sauce.

Desserts are unique here as well with something called the Quaking Pudding, a unique British version of Panacotta, but even stranger is the “Wassailing” Caramelized Butter Loaf with Apple. For those of you not too familiar with the term, Wassailing is an old British custom that takes place in January, that entails drinking warm cider and buttered toast is placed in the branches of the fruit trees to ensure a good harvest.

Of course since it is a classic British pub, the cheese board is quite extensive with a choice of three from a well sourced selection that included Innes Brick, Wigmore, Isle of Mull  Cheddar,Baron Bigod and Stichelton. Unpasteurized cheeses are also on offer.

The Hinds Head is a short taxi ride from Maidenhead Station in Berkshire about 25 miles west of central London.

Michael Hepworth is originally from the U.K. and lives in California. He blogs extensively about restaurants and travel.  For more of Michael’s travel experiences visit his website PerfectTravelToday.
PrevPreviousTriangle Food Tour is a tasty way to discover Durham’s historic past and culinary present
NextTupelo Honey Café adds Southern flavor to Asheville’s dining sceneNext